HOUSEBUYER HAS BEEN FEATURED IN

The following article originally ran in News Sentinel, a Fort Wayne Newspaper. Article may be copyright-protected and Housebuyer™ does not own the article and re-published it here under the Fair Use News Reporting rule.

Some people collect coins, cars, or baseball cards. Scott FladHammer collects houses. And if the property is proved to be haunted, he considers it a bonus. 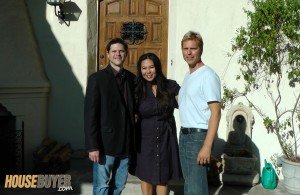 FladHammer, a Special Property Agent who divides his time between Fort Wayne and Florida, flew to Los Angeles on Friday to begin filming a reality television series for NBC’s SyFy network. Tentatively titled “Buyer Beware,” the show plumbs the paranormal as FladHammer and his team of investigators document and certify a house’s history, authenticity and unusual activities.

“I have a trusted Real Estate Investment (REI) ‘dream team’ of professionals I can count on,” FladHammer says in an email interview. “One of the important steps in creating value in certain houses is to professionally document the paranormal findings. The more historic and current documentation I can provide, the (better) pedigree the house has.”

FladHammer was born on the Mississippi River between Wisconsin and Minnesota, grew up surrounded by “hot rods and Harleys,” and has a background in music and finance — an unlikely foundation for his current vocation. It was an experience with his first home that provided the catalyst for a career in real estate.

“My first house was an earth home I bought on contract,” he explains. “it was the start of my appetite for weird deals. Then I moved to the city and became a landlord. I would hold the pretty property and flip the ugly ones.”

He realized there was great potential in real estate investing, so he joined the closest REIA, a local association of landlords and investors. He began rehabbing and re-selling houses in 1995, often riding his custom Harley to meet with buyers and sellers and to assess new properties. He soon discovered an untapped market. 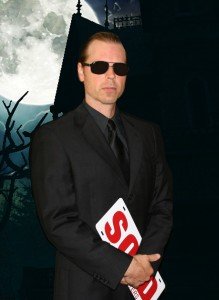 Most homes have problems of some kind — an aging roof, overgrown and neglected landscaping, a leaking basement, a heartburn-inducing color scheme — issues that can be corrected with extra cash and sweat equity.

Some properties, however, are stigmatized because of criminal activity, murder, suicide, or reputed hauntings or ghost sightings. FladHammer began receiving calls from sellers who owned these types of properties.

“They were upset because their (real estate) agents told them to hide all those old photographs and antiques and whitewash the walls, … and don’t talk about the history!,” he recalls. “Basically, strip the house’s history along with the owner’s personality.

“Instead of downplaying the facts, I amped everything up,” he continues. “I’d dig up (all) the history, newspaper clippings and family stories I could. That adds up to a more valuable piece of property, like documenting a historical site as to who was there, or what was written or signed at the location.”

He employs researchers to verify or debunk claims of paranormal activity.“If they came back positive, I would market the house as haunted.” 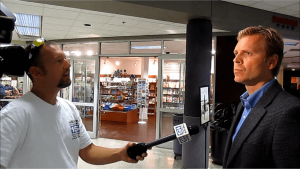 “I found that buyers who wanted a house with paranormal ‘charm’ or a certain history of events had a hard time finding them,” he says. “No realtor would ever promote such a thing, so buyers went underground to locate such property.”

Not only was FladHammer carving an unusual niche market, he was making a tidy profit.

“By finding those unique houses, I could actually sell them for more than market value,” says FladHammer, who sells properties nationwide. “They’re way more fun … than a typical flip.”

He says he has sold one home in Fort Wayne with “high levels of paranormal activity,” but he didn’t provide any other details.

And no level of paranormal activity is considered too unsafe for building sale.

“I say, ‘Yes,’ to everything that comes across my desk,” he says. “I stay detached from any involvement with the paranormal element; that would keep me from my job as a transactional engineer.”

FladHammer maintains a list of more than 3,200 potential buyers who get an email when he uncovers a special property. He plans to set up a central clearinghouse for stigmatized properties, and he’s also writing a training course.

“Agents and investors can learn how to talk to buyers and sellers about paranormal factors, the paperwork involved, and how to document and market a paranormal property,” he explains. Completion of the course earns the graduate Special Property Agent credentials.

A series of interviews with HGTV, Reuters, USA Today and others brought FladHammer to the attention of television production company Zodiak USA last year.

“Zodiak USA read about some of the paranormal transactions,” he says. “Over several months, I walked them through all the paces and several deals.”

According to a news release sent for FladHammer, the reality show on SyFy “hopes to shine a light into the recesses of homes considered to be haunted, while providing viewers with an inside look at an eclectic mix of beautiful and historic homes.” He’s not sure yet of the premiere date.

“Some people still don’t believe there is really an underground market like this,” says FladHammer. “I assure you — there is a business in believers.” See if your house qualifies by sending in a simple, secure seller form.

Ready to sell a scary house to Fort Wayne investor?
Get in touch with America’s most trusted real estate investor, who is recommended by more than any other. Let’s solve your housing problems by selling your house quickly with no hidden fees. It’s completely confidential, costs nothing and you’re under no obligation.

Get a no obligation offer in just 48 hours by filling in the form below or call me a 260-436-5000 extension 221. It’s completely confidential, costs nothing and you’re under no obligation.

We put our money where our mouth is so you have peace of mind of a timely, professional experience. We guarantee to work in your best interest and get you the best deal possible. Read our full Housebuyer™ Double Guarantee here

"I sold my house to Scott just 5 days days after I sent in my property information. I wish everything could be this easy."

REAL ESTATE PROBLEMS WE SPECIALIZE IN

Expedited closing service is available when time is of the essence. And you pay no EXTRA FEES for rush service. All valuations over the telephone and at your house are free and we aim to pay up to 85% of your property value.

Of course we could on (and we do here) but our clients say it best.

Ready for an offer?

MAKE ME AN OFFER! Risk-Free Guarantees
We guarantee to all our claims for your peace of mind and convenience. Read our Housebuyer™ Guarantees here